The Bleeding Edge: Families that Led the Conservation Charge in Washington County 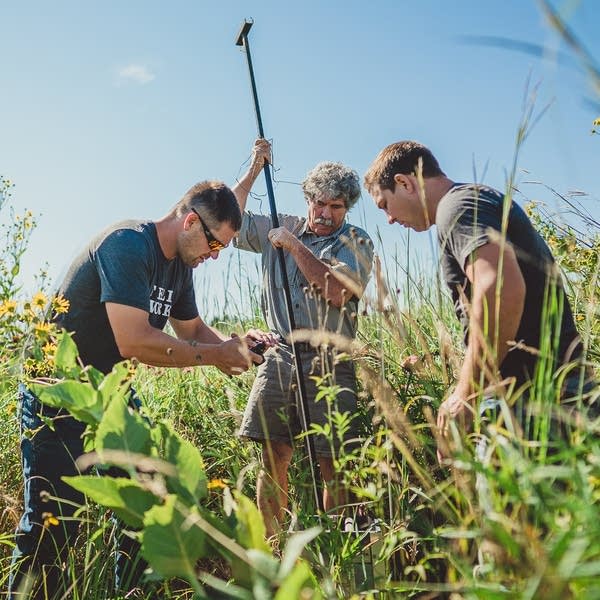 The Bleeding Edge: Families that Led the Conservation Charge in Washington County

Several Washington County, Iowa, families trace their conservation interests back decades. For Rob Stout and Darrell Steele, their dads’ interest primed them to be open to conservation ideas. Still, getting no-till to work took a lot of perseverance through various failures. These early pioneers emerged with a willingness to share what they were learning with other local farmers. Like no-tilling, that generosity persists in Washington County. Stout and Steele sat down with Field Work hosts Mitchell Hora and Zach Johnson to talk about it.

Stout began farming in 1978 and said like a lot of people he started out just doing things the way his father and grandfather before him had. But then he went to a few of the field days Iowa State University Washington County extension director Jim Frier put on (more from Frier here) and became one of the many who started to farm differently.

“I bought a no-till planter and we started no-till planting in 1983,” Stout said, “and that worked out really good. We did it for erosion purposes because we have rolling ground.” It was only more recently, in the last decade or so, that he began to understand the soil health benefits, he said.

At first, switching to no-till was problematic.

“We were just committed,” Stout said. “We knew we were going to make it work, so we had to change some things.”

Darrell Steele also got an early introduction to no-till and cover crops and he experienced some of the early failures, too. He accepted a cash incentive to try no-till.

“When you had a 10, 15 percent yield drag on it, who wants to do that again?” But instead of giving up, Steele says the early-adopters rallied together. And then they turned to equipment dealer and mechanic Dave Moeller (hear from him in this episode).

“Everybody networking together came up with, ‘what do we need to do to make that work?’” Steele recalled. “And that's when we started putting attachments on planters.” The need to adapt hasn’t stopped, and Steele said he’s seeing the determination and conservation commitment continue in the generation after him. He no longer relies on Moeller for equipment help.

“I'm fortunate. I've got a son-in-law and my daughter over here (who are) very, very good at this technical precision stuff,” he said. They assemble his planter now.

These days, Steele also puts a lot of focus on the biological cycle in the soil, managing his nutrient applications to reduce the potential “carbon penalty” of rye residue.

“We're a carbon penalty on steroids when you have the rye there,” he said. “When the bugs wake up in the spring and they're wanting to go to work, they're taking the nutrients and they're starving the corn.” Targeting nutrients to the microbes at that time reduces “ugly corn syndrome.”

Steele said he grew up on highly erodible land and his dad was committed to conservation, “so that's where I got started in it. And we had some disasters.”

But already Washington County had a culture committed to conservation.

“It was that mentality throughout the county that kept things going,” Steel said.

Over the years, the same meetings and field days and networking that buoyed Stout and Steele brought more farmers into the conservation fold.

“You get a whole crowd of people going to a field day and others pick it up, and then you have more crop tours and field days and other people pick it up ... so it becomes the norm, or at least more accepted,” Stout said. “Whereas, the people that started it were the weird people that were doing something different.”

Now, Stout says farmers can view no-till, cover crops and other conservation practices as preventing erosion, nurturing the soil and improving water quality. He encourages others to learn more.

“Just look around, read farm magazines, talk to other farmers that are successfully doing it,” he said, “and most farmers will be glad to take a little time to talk and tell you about it.” That’s something Stout does often now.

“When somebody calls you up or stops you to talk about it, you take that chance and that time do it because it's the right thing to do,” he said. “And anything we can do to help the image of the farmer in the country, that we're really trying to do the right thing for soil quality and water quality, I think that's a benefit.”