Mudholes in March: Zach and Mitchell Go to Planter School 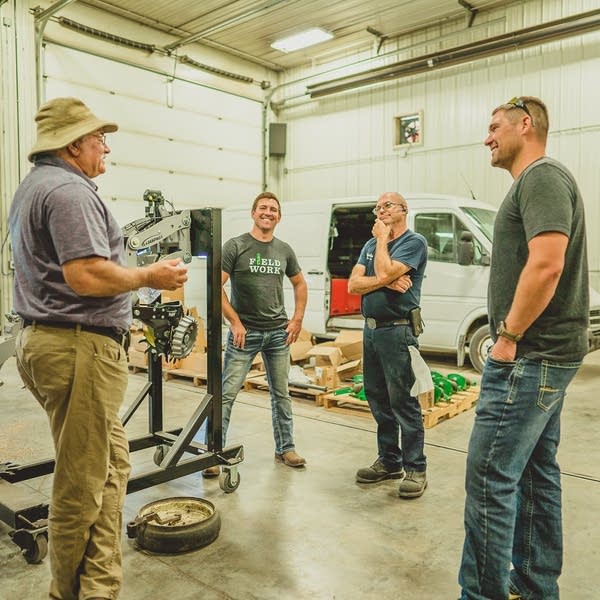 Mudholes in March: Zach and Mitchell Go to Planter School

In Part 2 of our Washington County mini-series, Paul Reed and Dave Moeller explain to Field Work hosts Zach Johnson and Mitchell Hora that the modern planter row unit was designed to provide good seed to soil contact in the dry, cloddy seedbed of a conventionally tilled field … and why that created a different set of problems in cool, wet early season, no-till fields. They start with the release of the John Deere MaxEmerge row unit in 1972 and follow the development of planter technology right through today’s precision technology, describing how their constant experimentation and collaboration with other pioneers like Howard Martin and Eugene Keeton led to successful no-tilling and a business selling planter attachments. Zach also gets some advice on how to set up his own planter.

Mention no-till around farmers of a certain age, and you will almost certainly hear, “I tried it in the ’80s. It doesn’t work.”

But two planter pioneers made it work: Paul Reed, a farmer who tried no-till in the ’80s and, through a lot of experimentation, found ways to make it excel, and Dave Moeller, a mechanic and equipment dealer who has helped Paul and a lot of other farmers learn how to fine-tune their planters and attachments for their operations.

The story begins in 1972 with John Deere’s modern double disk planter row unit. Reed said the unit’s combination of wedging and pressing action was a breakthrough in improving seed to soil contact and crop emergence in those dried-up seedbeds of the 1970s.

Fast forward to the early ’80s. Reed has decided to try to make no-till work, and he finds that when you take that same row unit and put it in a high-clay, cold, wet soil, the combination of wedging and pressing action equals sidewall compaction and inconsistent growth. Reed did not want to go back to tillage.

“We set about to change how that row unit worked so that we could fit the row unit to the field instead of fitting the field to the row unit,” Reed said, “which is what most farmers are doing unknowingly.”

Their proving grounds for experimentation were mudholes in March. Reed and his late brother would take their planter out early and find the most challenging conditions to try different planter setups and accessories to find out what would work best and what wouldn’t work at all.

“We knew we had to find a way to take no-till way beyond where it had been at this point,” Reed said, “because we didn’t want to wait to plant. We wanted to plant two days before anybody else.”

Moeller was a collaborator in all of this, providing fresh ideas and expertise — even riding on the planter with a VHS recorder so they could go back and watch the action in slow motion to better understand what was going on. The list of innovations and adjustments is long: reduced inner diameter tires, reduced down pressure, seed firmers, spiked closing wheels, pop up fertilizer, etc. But the one that made the biggest difference in Moeller’s business was row cleaners.

“Once we got row cleaners on and saw what they could do in a no-till situation, it was a booming thing,” Moeller said, “and we were selling row cleaners all across the United States.”

Both men emphasized that the key to success was not any one practice or even a set of practices but a supportive network of farmers and all the others working alongside them.

“It doesn’t matter if you’re farming 200 acres or 20,000 acres,” Reed said, “you still need that help networking and reaching out and finding out what’s going to be best for your operation.”