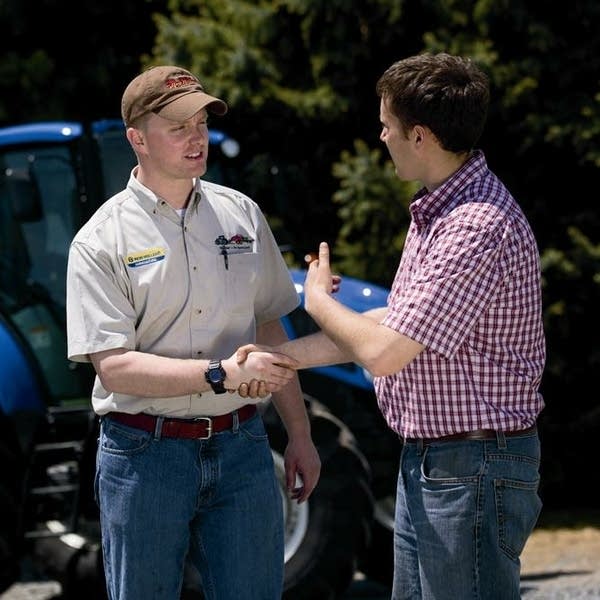 This week on Field Work, hosts Zach Johnson and Mitchell Hora talk about the future of tractors with New Holland’s Director of Commercial Marketing, Mark Lowery. First up is a look beyond diesel fuel to the methane-powered tractor New Holland is planning to introduce late this year. Then, an update on the company’s autonomous technology.

Diesel has been the dominant fuel of agriculture for decades, and while many are looking at electricity to be the environmentally friendly power source of the future, New Holland is coming to market with a methane-powered tractor that has significant emissions benefits versus a traditional diesel tractor. Lowery says that by burning methane there is a 10% reduction in carbon dioxide and an 80% reduction in overall emissions.

When you think of the environmental impact of agriculture, methane is usually pretty high on the naughty list, but this tractor could help turn agriculture’s most potent greenhouse gas into the center of an energy independent farm.

“We get virtually a zero CO2 profile if we are talking about a bio methane solution,” Lowery said.

If a farm doesn’t have a digester to generate its own methane from manure or other types of compost and needs to pay for fuel, New Holland anticipates a 10-30% cost savings over diesel. The equipment maker is working with traditional fuel companies to develop an on-farm delivery system.

“It’s worthless for us to deliver a tractor that someone can’t get fuel for,” Lowery said. He also says the engine technology is focused on providing power that’s consistent with what you would experience with diesel.

“We know nobody’s going to be interested in it if it doesn’t deliver the same type of working power that you would expect,” he said, “so our methane tractor that we have available delivers around 180 horsepower, which is comparable with the diesel power plant that’s in that same frame size tractor.”

As for reliability of the new engine, New Holland is part of CNH Industrial, a group that includes the Fiat and Iveco brands, as well as Case IH.

“We also use this engine in our on road vehicles, primarily in Europe,” Lowery said, “so we’re not talking about just engines on a test stand. We’re talking real commercial hauling applications in real life.”

Self-driving tractors aren’t as far along. Anyone who has spent a few weeks trying to see how many hours a day they can stand being in a tractor doing a simple operation like tillage has probably spent at least a few idle minutes wondering when the autosteer will finally be good enough that the tractor will actually drive itself instead of just driving straight. The answer is not yet.

“We’re not 12 months away from completely removing humans from the cab,” Lowery said.

However, New Holland is working towards autonomy in several distinct ways. The first is the obvious: simple repetitive tasks on broad acres, like tillage. The second take on autonomy comes in specialty crop equipment designed for orchards and vineyards. While these might seem like they couldn’t be more different, tilling a field and mowing and trimming a vineyard are both very repetitive tasks that don’t need a lot of operator input, and that is what the fully autonomous systems are best at now.

“I think everything’s generally been on the table where it probably will be commercially viable first and then we’ll move on to other items, as implement capability, sensors, implement feedback and control continue to escalate,” Lowery said.

New Holland is currently working on implement feedback and control, which are part of the feature set on some of their equipment (under the title “partial autonomy”).

“To use combines as an example … our Intellisense system is essentially taking an operator who is not as experienced and giving them the functionality to make the adjustments automatically to deliver optimum grain quality out of that combine,” Lowery said. “Our focus when we talk about partial autonomy is, how do we provide the right feedback and right machine control so that anybody that gets behind the wheel can produce a consistent and good result that will remove some of the human element in the operation?”