The Promise of Perennials 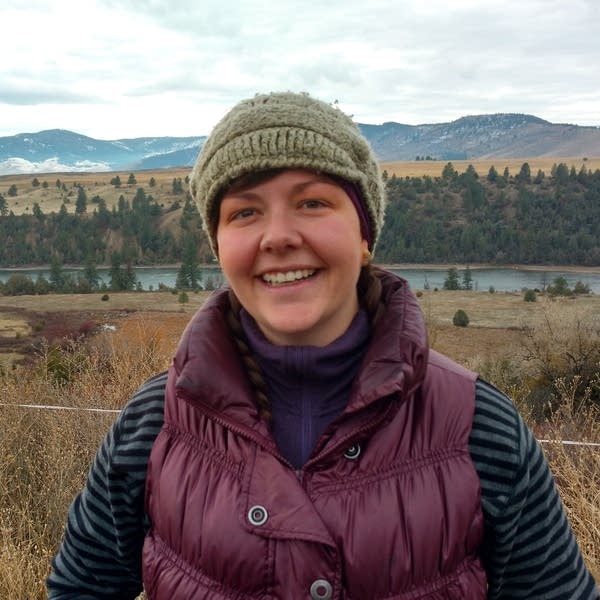 The Promise of Perennials

Research at The Land Institute in Salina, Kansas, over the past couple of decades has advanced the concept of perennial grain crops to the point of commercially available kernza. Hosts Mitchell Hora and Zach Johnson talk to a Minnesota organic farmer, Luke Peterson, who’s been growing kernza and cultivating interest in it among other farmers, food processors and retailers. They’re joined by Tessa Peters of The Land Institute who explains why her team is so committed to making perennial grains viable.

“This crop has definitely made quite a bit of headlines,” Hora said. Kernza has been featured in local, national and industry news stories over the past few years.

Kernza has become buzz-worthy because it seems to be a viable grain crop that also provides straw and — this is really the kicker — is perennial rather than annual. Peterson, of A-Frame Farm in Lac qui Parle County, Minnesota, has pulled a grain crop off his kernza field for three years and says it could go on producing for a couple more. On his diverse organic farm, Peterson has expanded kernza to nearly 80 acres, or about 10 percent of his land.

“This crop isn't the one all-be all, and it isn't going to save the world,” he said, “but it does have a very important place in a rotation.”

That’s because it offers soil-boosting and climate-mitigating effects while also bringing in cash.

“If I'm going to become regenerative and stay certified organic, I need to figure out a way to build fertility,” Peterson said, “and kernza allows me to do that all while having an income from that crop.”

“Building soil organic matter and having living roots in the soil, we know, is the most likely way to sequester carbon and preserve the health of soil,” said Tessa Peters, crop stewardship director at The Land Institute. She says ultimately the Institute’s goal is to commercialize several other perennial crops as well to create polycultures (multiple species on the field). Kernza is first out of the gate, but an oilseed derived from wild sunflower and a perennial sorghum are also underway. While plant breeders have worked for years to cultivate new varieties, The Land Institute has also looked for partners to help puzzle out parallel challenges.

“We haven't designed the harvest equipment and the planting equipment to be able to deal with more than one crop at a time yet,” Peters said.

And any new crop needs a destination or farmers won’t grow it. The Land Institute is bringing together people from every link in the supply chain to launch the Kernza Stewards Alliance.

At the same time, Peterson is helping create the Perennial Promise Growers Cooperative, which he hopes farmers will leverage to ensure that as the demand for kernza grows the price and supply don’t fluctuate wildly.

“This is a once in a lifetime opportunity for farmers to say, look, we do have a voice and we need to speak together and have a much louder voice than we have individually,” he said. During the winter, he markets kernza. So far, it can be found in beer and baked goods in Minnesota and beyond.

Kernza is versatile, Peters said, and while it has gluten it differs from traditional bread wheat.

“It performs more like a soft white wheat or rye in baking and is really great for pastries or crackers or cookies,” she said.

“We grew five different crops in 2020, which I thought was pretty darn good for where I'm at in Iowa,” said Hora. Peters said kernza is grown in Illinois and on at least one farm in Iowa.

Peterson is optimistic kernza can spread and he imagines a regional co-op system that would make getting it to market plausible from other places. In the past few years, kernza has won his heart.

“This is my favorite crop to grow,” he said. “It progresses slowly in the beginning, but next spring it's the first thing that's green in my county.”