The Magical Dividing Line Between Counties: Researchers Try to Tease Out What Makes Some Areas More Inclined to Plant Cover Crops 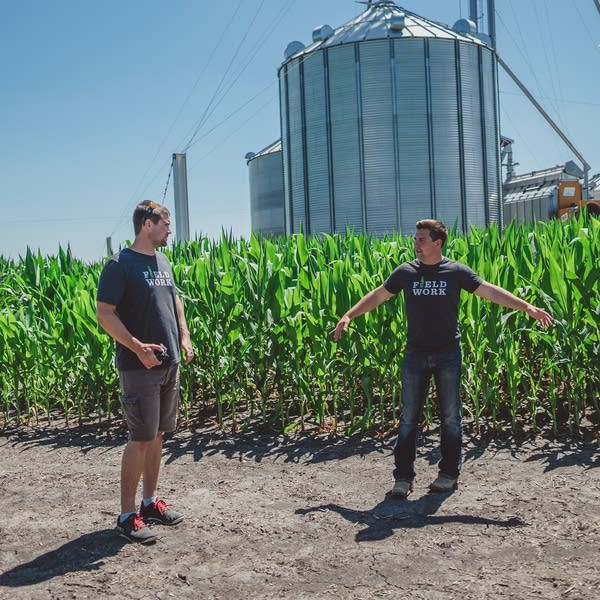 The Magical Dividing Line Between Counties: Researchers Try to Tease Out What Makes Some Areas More Inclined to Plant Cover Crops

A lot of people in the sustainable ag space are keen to figure out what it takes to scale conservation practices, including The Nature Conservancy and Purdue University. Does it come down to the availability of funding? Climate? Soils? What happens if all those factors are pretty equal between, say, two neighboring counties, but the level of adoption of conservation practices varies dramatically between them? Kris Johnson from the TNC and Linda Prokopy from Purdue talk with Zach and Mitchell about their research on cover crop culture, the importance of collaboration between farmers, government agencies and entrepreneurs, and what they still don’t understand.

Adoption of cover crops on farm fields is irregular and exactly what drives farmers to plant them can vary widely. But maps generated from satellite imagery show clearly that even in areas that have the same soil and precipitation conditions, planting cover crops seems to run along county lines and not topographical or hydrological features. The Nature Conservancy wanted to know why that is, and asked researchers from Purdue University to find out.

“We have this snapshot of hot spots where adoption seems to be taking off at a much higher rate and then cooler spots where it's kind of lagging a little bit,” Johnson said.

The Nature Conservancy funded the project that Prokopy and postdoctoral research Ruxandra Popovici conducted in Indiana, Illinois and Iowa.

“Looking at the maps, you could see the counties that were adjacent to each other didn't have similar adoption rates. That didn't appear to be explained by differences in temperature or precipitation or soil type,” Prokopy said. “And then the question was, ‘well, what is explaining that difference?’ It's probably a social factor.”

Prokopy and Popovici identified pairs of counties where one had higher rates of cover crop use and the adjacent one had much lower adoption. Then they set up surveys and focus groups to explore the differences. (Their results are here.)

“By studying the pairs of counties, we can tease out what the differences were, which is actually a very powerful method,” Prokopy said. It’s called controlled comparison. “This is the first time I've used that method and I'm really impressed with what we were able to find.”

For example, the counties with higher adoption had more state and federal agency staff who were committed to cover crops. The researchers dubbed that “cover crop culture,” and noted that it included a close working relationship among the Natural Resources Conservation Service, soil and water conservation district, county extension service, independent crop advisors and other businesses. With farmers getting a consistent message and interrelated information from all of their professional supports, they were more likely to want to try cover crops.

Prokopy said even though all of the high-adoption counties met their criteria for having a cover crop culture, that didn’t look the same everywhere.

“In Iowa, cover crop culture is linked to a long term investment in business,” she said. “Farmers like this because it's part of their entrepreneurial culture and they're trying new things in their business.”

In contrast, her project’s focus groups determined that in Illinois and Indiana the farmers approach using cover crops from more of an environmental perspective.

“In Indiana and Illinois, cover crop culture is more linked to having a stewardship ethic in that county,” she said.

This project did not identify strategies for advancing cover crop adoption, which is a Nature Conservancy goal, but Johnson said it helped create a better understanding of what future questions still need to be answered.

“If there were a silver bullet, you know, if it was money and only money and we could know that that was the answer, that would be a little simpler,” he said. “But it's more complicated than that. And so I think the thing that really jumped out at me is just that we need to be smart. We need to be context specific. We need to understand the conditions on the ground, the people involved, the relationships between the organizations.”

He said one next step is to really examine what is missing in the counties where adoption is lower and what would help encourage more farmers there to consider cover crops.

“This is not just a money problem and you can't just sort of throw financial resources at it and expect things to to sort of trend in the right direction,” he said. There's a lot more complexity and nuance to it. And this is a behavior issue, this is a social issue and an information and an educational issue. It's a relationship issue.”

Johnson said future approaches will need to combine public programs and dollars, such as in the federal farm bill and state laws, with business-driven solutions.

“We've got to also bring in that private investment, those ecosystem service market opportunities,” he said. “But we also know that's probably not enough. We've also got to make sure there's sufficient technical assistance. There's access to the right equipment and the right information.”

He envisions an all-in approach.