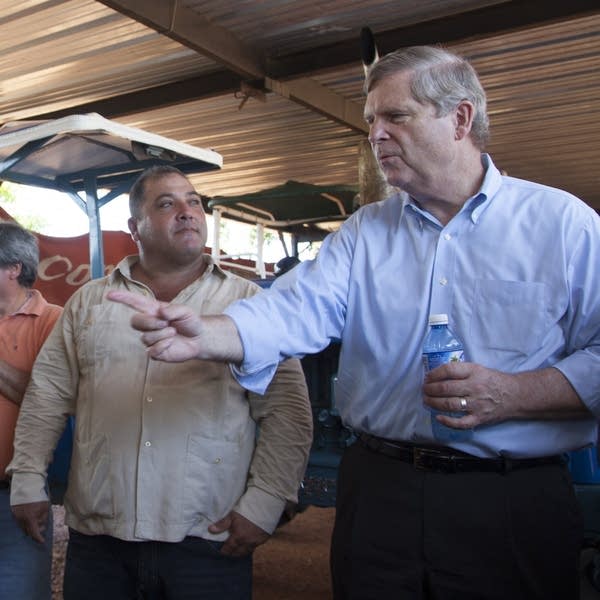 The Biden administration has ambitious climate mitigation goals and agriculture has been called upon to be a strong partner. In response, USDA is currently collecting input from farmers and ranchers for its climate-smart agriculture and forestry strategy.

USDA Secretary Tom Vilsack led the department throughout the Obama years and is back at the helm. He spoke with Field Work hosts Mitchell Hora and Zach Johnson about consumer demands for sustainably grown food, how to develop carbon markets that serve farmers first, the need to create more opportunities to sell what’s currently considered waste, and how farmers can make sure their interests are part of any future plans and policies.

Here are some key takeaways:

“There's no reason why we should need to wait for the farm bill to propose additional resources into the traditional conservation programs,” Vilsack said, “so long as we have adequate staff to manage them properly.”

2) The U.S. food system is too vulnerable.

Vilsack said as the country confronts the climate crisis, it also needs to increase the resilience of the food system over all. He pointed out how the pork industry spun into a panic when COVID infections temporarily reduced or halted processing at just a few meat plants.

“We learned through COVID that our system is not as resilient as it needs to be,” he said.

The solution to both food-system and climate resiliency, Vilsack said, is markets. He said farmers don’t want the government checks they’ve been getting, instead they want new and better markets that are open, transparent and fair.

“I think this climate discussion is where a lot of new market opportunity lies,” he said.

3) Consumers in the United States and around the world want food that’s produced in sustainable ways.

Vilsack said that means more focus on climate mitigation could give U.S. producers an advantage internationally.

“I think it's going to take a lot of the concern and criticism that sometimes gets directed at production agriculture and sort of turn it on its head,” he noted.

4) Farmers and ranchers need to contribute to the design of future carbon markets.

“Unfortunately, the carbon markets that exist today were not designed and created, or engineered, for farmers,” Vilsack said.

He suggested USDA would focus on creating a structure for a carbon market that appeals to farmers by design because it is hassle-free, easy to understand, and either setting attractive prices or providing adequate resources to make the economics work for farmers.

An emphasis on incentives and voluntary adoption is important, Vilsack said. He doesn’t think using regulations to push farmers into implementing sustainable practices will be productive.

“Farmers are doing the right thing,” Vilsack said. “They want to do more of it.”

But first, he said, the majority of farmers need help.

“It's a partnership,” Vilsack said. “If it's a societal good involved here, then let society invest in this.”

6) The current agricultural system isn’t working (for most farmers).

“I don’t think you can say the system is working when 90% of the folks in the system don’t make the majority of the money that they live on from that system,” Vilsack said.

He wants to see climate solutions that allow farmers to generate additional revenue from their land.

“If we don’t do this and we allow the temperatures to continue to rise, farming’s going to be a whole lot more difficult,” he said.