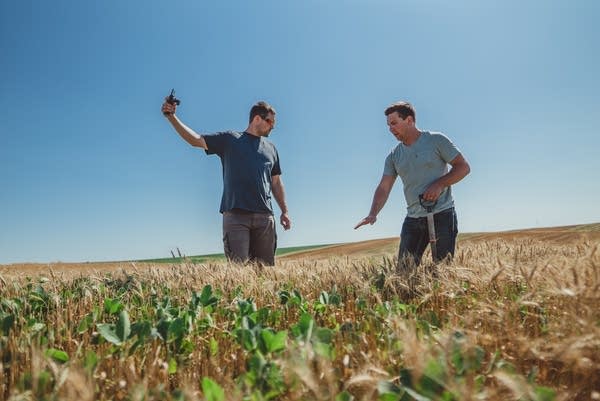 President Joe Biden has said he wants to pay farmers to grow cover crops and put land into conservation. How will that work? He also has big plans to reduce and capture carbon emissions, which could spell opportunities for farmers. But the science is still tenuous and the math would have to pencil out. Zach and Mitchell tap Farm Journal News Director John Herath for an overview of how the Biden administration is addressing sustainable ag and who farmers need to pay attention to. Then former USDA Undersecretary Bill Northey discusses his takeaways after serving as the first head of Farm Programs and Conservation, where he brought FSA, RMA and NRCS together under one mission area.

Here are five things Herath and Northey flagged for farmers to keep an eye on under the new Biden administration.

“Everything is going to be centered around climate. Every agency is going to have a role to play in climate,” Herath said of the Biden presidency. “It's kind of when that Amazon box shows up and you’ve brought it in the house and you've got it sitting on the table. You know it's here, but you don't know what's in it yet. That's kind of where we are with the administration on climate change. We know it's here. We know there is going to be something very soon. But we don't have a clear picture yet of what is inside that box.”

They’re all the talk right now, with private start-ups already issuing the first payments and USDA still at the earliest stages of figuring out its role. “In the government, I would think it will potentially be about establishing a standard,” Northey said, “and allowing other folks to do other things.”

What’s supposed to be the farmer’s primary safety net may have a role in climate policy.

“How do we build incentives into crop insurance that maybe lowers your rate if you're taking certain carbon capture actions on your farms?” Herath asked.

Northey cautioned that any changes need to respect the integrity of the insurance system.

“You're seeing a big push to regulate nitrogen and in particular nitrogen flows,” Herath said. “It'll be interesting to see where this administration goes with that. I would hope that you'll see the continued carrot rather than stick method carried through with nitrogen regulation.”

While some big ag groups are pushing for the Commodity Credit Corporation to get a major boost from Congress, Herath said, there is also much less “appetite” in Congress for large ad-hoc programs that put dollars in farmers’ pockets in recent years.

Northey is proud of the $50 billion he helped distribute but says there’s always room to do better.

“Don't be so darn proud of something that you can't make improvements,” he said.