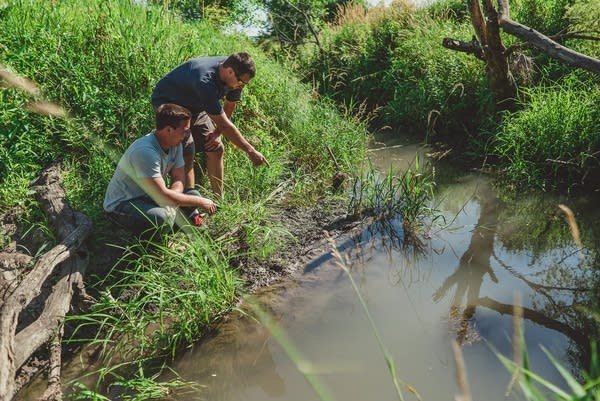 Water plays an important role in all of our lives, and is a hot topic for growers and consumers alike. But how much do we actually understand key water topics, like the structure of our local water infrastructure or the top pollutants of the water supply?

Egbert explained that water is a unique issue. People share a passion for it regardless of age, race, and political leaning.

“Water cuts across boundaries, I think, in a way that nothing else does,” she said. “There is this universal love and respect.”

But while a large percentage of the survey’s 1,000 respondents felt that water played a meaningful role in their life, “Americans didn't do so great in terms of knowing fairly basic things,” Egbert explained.

Trust in Food, a Farm Journal initiative aimed at empowering farmers to adopt conservation practices, conducted a similar survey, gathering responses from over 900 farmers in 43 states, representing production in all nine of the USDA agriculture resource regions. The idea was to see where farmers mirrored the general population of the U.S., and where they might differ.

“Farmers do understand hydrologic cycles,” Kinsie Rayburn, Program Officer at Trust in Food, found. They have a high level of understanding how wetlands function, where rain water goes, and the source of the water they use in their day-to-day lives.

But despite this understanding, the majority of farmers interviewed, along with most Americans, thought that manufacturing is the largest source of water pollution.

According to EPA data, surface water runoff from streets, lawns, and farms actually contributes far more to water pollution than waste from factories or garbage dumps.

Many farmers today came up during a time in the 70’s and 80’s when “massive industrial pollution was what was on T.V. all the time,” said Drew Slattery, Trust in Food’s Program Manager.

At that time, agriculture’s role in water pollution wasn’t as well understood. “So [many farmers] maybe have this mindset from years past that just hasn't been updated or it hasn't adapted as new information has come to light about agriculture's role in water quality,” Slattery said.

He pointed out that it’s important for farmers to understand their role in water quality, because “the way that they manage their fields can have at least some, if not a very large direct impact,” on downstream cities’ water quality.

Farmers can think of themselves as guardians of a city’s water supply. They have the ability to “make changes to their operations that improve water quality and water quantity in the local environment that then trickles down, flows down, into the city,” Slattery explained.

Clean water is important. The APM survey found that more than half of Americans worry about the safety of the drinking water in their home, including two-thirds of Black or Latino Americans.

Over 80% of Americans expressed concern for the future of America’s drinking water infrastructure. And while seven in ten said that they’re doing something every day to conserve or protect water, there’s still a lot of work to be done.

“To use a baseball metaphor, there have been some good bunts and good singles,” Egbert said. “We'd love to see Americans do more so that we can have the future that we all want.