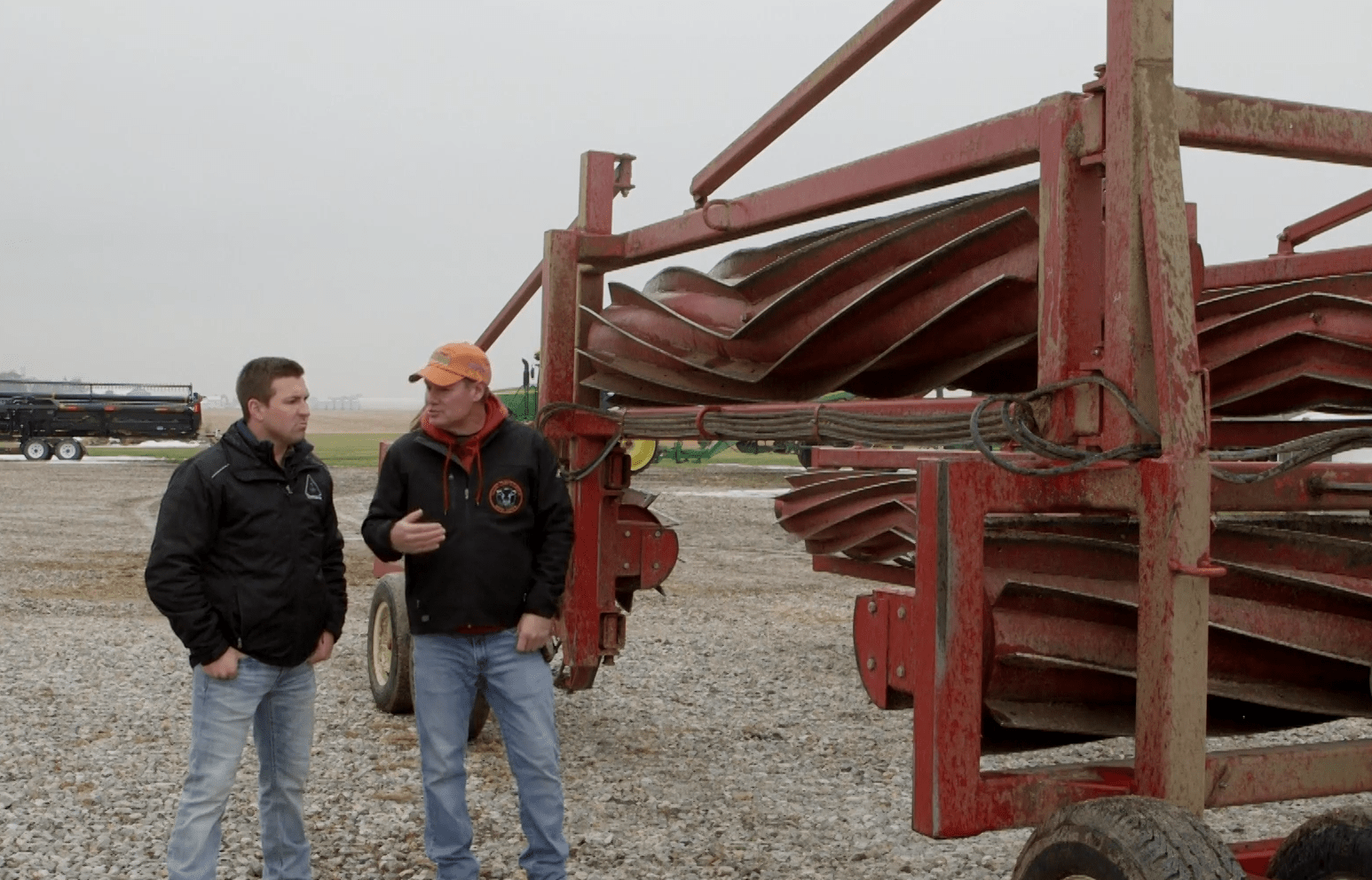 It’s been over a decade since Rick Clark took his first shot at planting cover crops on his farm in Williamsport, Indiana.

“I didn't know what I was doing, [the planting rate] was too heavy. There were radishes everywhere!” Clark said on the Field Work podcast.

That first time experimenting with cover crops, Clark flew tillage radishes onto a 200 acre field of standing soybeans in September at a rate of 4 lbs per acre. Before he knew it, his fields were teeming with radishes.

“They were big radishes that got the size of your arm,” Clark said. “And they were just exploding out of the ground.”

Clark’s next surprise came when he noticed a stink coming off the field.

“I'm like, What is that smell?’ I'm a rookie here, so I walk out the field and it's the radishes that are smelly,” Clark explained.

Smell aside, Clark ended up being thrilled with the results of the trial.

“The next year, that particular field was our best average yield of corn on the farm. I was hooked, I instantly knew this was where we had to go,” he said.

The next year Clark planted 800 acres of cover crops. In the third year, he was up to 2,000 acres. And by the fourth year, he planted cover crops across Clark Land and Cattle’s entire 7,000 acres.

“I went quick because I saw the benefits of what was happening,” Clark said.

Clark is the fifth generation in his family to farm and his ancestors homesteaded on the land he cultivates today as far back as the 1870s.

In a relatively short time, Clark has completely reinvented the way crops are grown on his land. He’s 15 years into growing no-till soybeans, 10 years into no-till corn, and counts over 10 years of planting cover crops. In addition to corn and soy, he also grows wheat and alfalfa.

To transition a field into organic, Clark starts by raising non-GMO soybeans. He follows that with a cover crop planting of cereal rye, which provides weed control in the field. Clark considers the second year a soil health building year for the field. He doesn’t plant a cash crop. Instead, he puts out a legume or forage package that cattle graze down. He follows that with a planting of clover. By the third year, the field is ready to be planted with certified organic corn.

People are often surprised when Clark explains that he takes an entire year off without a cash crop in one of his fields.

“We no longer look at a one year snapshot,” Clark explained. Instead, he looks at multiple year averages.

“So now you take that soil health building re-gen year and combine it with the year that follows it of an organic corn crop that I'm gonna sell for $9 to $9.50 a bushel, and it's gonna make 200-bushel corn that first year out,” he said.

All of a sudden, that average is looking pretty good. Plus, Clark’s regenerative system has also come with significant cost savings.

These days, he only does four passes: an air seeder in the fall for cover crops, planter in the spring, roller crimper to terminate the cover crops, and then harvest.

Both regenerative and organic practices have worked well on Clark’s farm. And there’s no doubt that he’s going to continue to innovate and experiment. After all, he lives by the motto: “If you're not uncomfortable with what you're doing, then you're not trying hard enough to change.”

In the meantime, he’s just happy to step out into his fields and catch a whiff of those rotting radishes.

“Today,” he said, “that smell is the smell of success.”