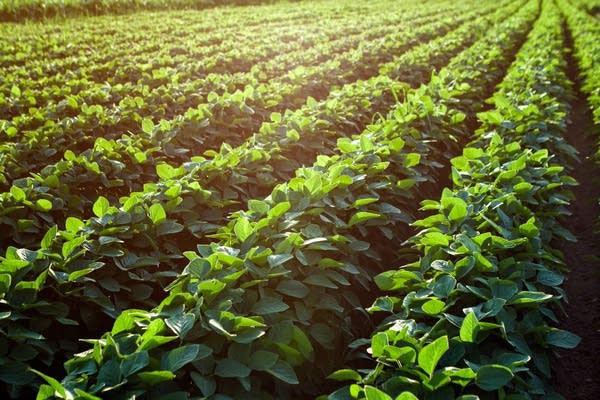 Organic food has become more and more common in our grocery stores. The process of getting that alluring organic sticker is set up by the U.S.D.A., and involves several criteria. For example, genetically modified seeds are forbidden, and inputs are limited. Pests, weeds, and diseases are generally addressed through physical, mechanical, and biological controls.

But there is another agricultural practice that has potential to make waves in the market: regenerative agriculture. It’s a newer concept that focuses on soil health and things like organic carbon and water management. It takes a more holistic approach to farming as it relates to the broader environment.

Sara Harper is the founder and CEO of Grounded Growth, a membership network that builds support for farmers who are using regenerative practices. She defines regenerative more as a mindset and set of principles than a checklist or set of standards, like organic.

“The principles are things like not disturbing the soil, adding biodiversity, adding livestock, keeping a living root all year round,” she said.

There are some benefits to having such a loose definition of what regenerative means. According to Harper, “That allows a farmer in Kansas, who has to farm very differently than a farmer in New York or California, to do that.”

Harper said she doesn’t want to get stuck on finding the perfect standard and that there’s a space in the market for regenerative products even without one. She noted the way consumers have shifted towards buying organic, and the draw towards foods that are good for the farmer, the consumer, and the environment.

But getting more household recognition of regenerative ag requires a partnership model between the farmers, consumers, and processors. She said the milling industry keeps small volume products from even being processed and prevents consumers from trying these products.

Eric Jackson, Founder and Chairman of Pipeline Foods, agrees that the scale of our food system is definitely a hurdle, and adds that food companies need to add a value share for regenerative practices.

“The question is, who is going to commercialize that scale?” he asked. “If the food system is able to charge more, and that value isn’t going back to the grower, then we’ve just replaced one commodity with another.”

Pipeline Foods is a grain merchant, buying and selling grain. It also works to support farmers who are hoping to transition to organic practices.

From both Jackson and Harper’s responses, scale seems to be the hardest part of making regenerative as big as organic. But Harper said she hopes farmers will try doing regenerative ag on a few acres and not feel like they have to go all-in.

“I think it’s important for farmers to experiment because they know it’s not only good for them and their farm and saves them money,” she said. “But there could also be a premium someday.”