The Future of Agriculture: A Visit with Tim Hammerich 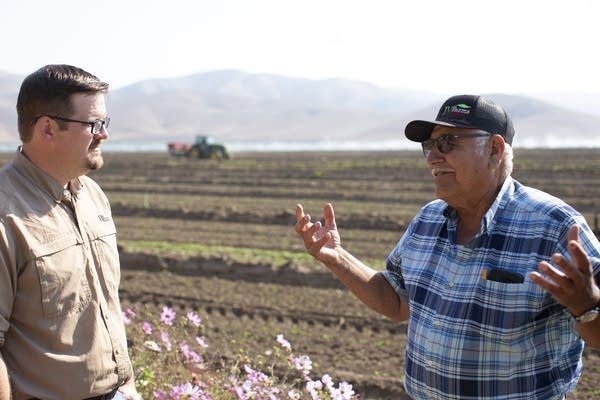 The Future of Agriculture: A Visit with Tim Hammerich

Back in 2016, Tim Hammerich had just launched his agribusiness recruiting company AgGrad. He saw a need to make it known that he was in the recruiting biz, so he started a podcast. He called it “Future of Agriculture.”

“Turns out it wasn't a good marketing tool at all, but it was fun to do,” he said. “So I kept at it and have released a new episode every week ever since.”

Hammerich’s show explores the people, companies, and ideas shaping the future of agribusiness.

One rising trend that Hammerich has his eye on is the importance of data management on farms. He pointed out that for farmers who want to differentiate themselves by the sustainable ag practices they use on their land, it’s essential to have comprehensive data tracking.

“In order to be able to say that, you've got to first collect the data, then you have to have it organized in a way that shows the difference between ‘I am regenerative’ or ‘I am sustainable’ and ‘Im not,’” he said.

Hammerich has even heard from a growing number of farmers that they’re considering creating a specific data manager position in their business-- “someone to aggregate agronomic data as well as economic data and keep it organized and useful for us so that we can do something with it.”

Hammerich sees bringing more data expertise onto the farm as a part of a larger shift in how producers need to adapt their agribusiness’s skill set in the evolving industry.

Given the size and complexity of so many farms these days, producers should increasingly think of themselves as a CEO.

“Starting to think like an executive, attracting the right people to make data driven decisions, and really leading a team. I think those are the mindsets that are going to serve people well,” Hammerich said.

That executive mindset is going to be especially important for tackling the challenge of attracting talented new employees to a farm. The percentage of the American population working in agriculture has been steadily shrinking for years. There are fewer and fewer ‘farm kids’ for farmers to hire on to their operation. That’s happening alongside a shift in younger generations’ values around work.