A Chat with the New Mexico Milk Maid 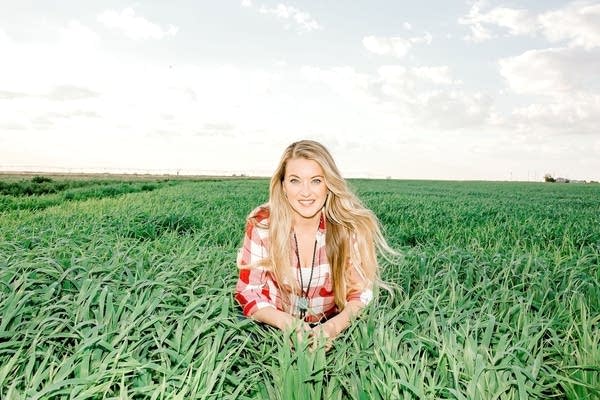 A Chat with the New Mexico Milk Maid

In her years working with dairy farms, Tara Vander Dussen, an environmental scientist for Glorieta Geoscience Inc. in New Mexico, has seen firsthand that the industry has grown increasingly sustainable.

“What we've seen over the last 75 years is lots of small changes that have amounted to having a huge impact environmentally,” Tara told hosts Zach Johnson and Mitchell Horaon the Field Work podcast.

She works with dairy farmers throughout their region on nutrient management, manure management, and water conservation. She’s also a fifth generation dairy farmer. When she married her husband Daniel, she joined his operation in Eastern New Mexico. The farm, which is a family business run in collaboration with Daniel’s parents and brothers, has over ten thousand cows.

These days, Vander Dussen is best known as the New Mexico Mild Maid-- the name of the blog she started in 2015 to share her farm’s story.

“I just didn't really feel like anyone was telling what I saw from the dairy industry,” Vander Dussen said.

Today, her message has reached people around the world. Thousands keep up with her on her Instagram and blog. She even had the opportunity to represent dairy farmers at the United Nations (UN) Food and Agriculture Organization’s Committee on World Food Security in Rome.

“It feels pretty cool to be a small town kid that gets to go talk at the U.N. about what's happening on your family farm. But I think that's like the magical world of social media,” she said.

In a time when so few people have worked on a farm and misunderstandings about the industry are widespread, Vander Dussen uses social media to make sure farmers’ voices are heard and to share success stories. For example, the Vander Dussen family has made their farm more sustainable by changing what they grow.

“We’ve really been focusing on changing up our crops and trying to find more drought resistant crops,” Vander Dussen said. “We used to grow a lot more corn and we're just not growing that anymore.”

Instead, the Vander Dussens are growing more hay grazer, and experimenting with other crops including canola and oats. They used to be on a two-crop rotation. But these days they might grow four or five different crops on the same patch of land within a five year period.

Soil health building practices, like diversifying their crops, have benefited the Vander Dussen farm. Eastern New Mexico gets very little rain. So when the rain does come, often in heavy bursts, it can create runoff.

“But if we can improve our soil health, we can capture that water in the soils,” Vander Dussen said. “That water then can be used to grow a cover crop or a second crop. And it doesn't necessarily require more water pumped out of the ground.”

To keep their groundwater use to a minimum, the Vander Dussens recycle every gallon of water with their barn’s flush system. First they use the water to cool the milk before it enters the chiller. Then that same water is used to wash down equipment. It’s captured and used once again to flush out the alleyways where manure collects. Finally, it ends up in the lagoon, where it will be pumped out as a nutrient-rich irrigation to be applied to their crops.

But when Vander Dussen goes to her clients with ideas for water savings, it doesn’t always have to be a huge, expensive project.

“Sometimes it has to be just small changes that we make in the barn. And some of those small changes can just include a simple nozzle on your hose so that the hose isn't running all the time,” she said.

But even a change as small as a nozzle can, over time, help reduce a farm’s water use and costs.

“Sustainability can be just small things that we implement on lots of farms that end up having a big impact,” Vander Dussen said.